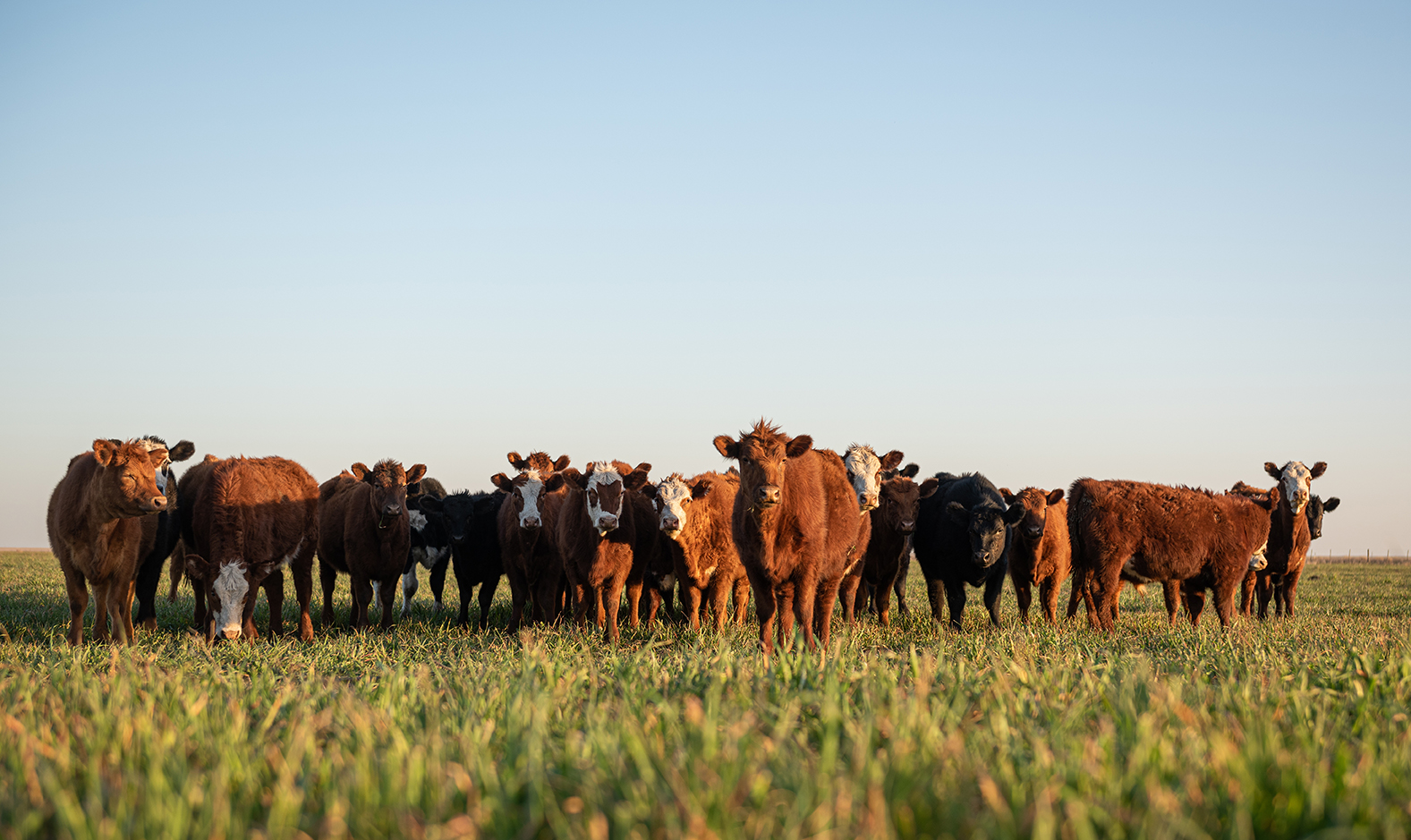 Proper mineral supplementation including major minerals and trace minerals is essential for the health and performance of beef cows and their calves. Many cow/calf operations feed a mineral/vitamin supplement during the grazing season, then rely on their winter supplementation program to supply minerals during the winter months. The problem is that even though cows are receiving adequate protein and energy, and appear to be in good condition, they may not be getting adequate amounts of these important mineral nutrients. Those cows may be costing you money due to poor reproductive performance or poor calf health and performance.

Dr. Jeffery Hall, a veterinary toxicologist with the Utah State Diagnostic Laboratory, told cattlemen at a recent NCBI Cattleman’s College that mineral deficiencies are more widespread than we think. His laboratory finds that as many as 70% of the cows they check are deficient in copper. Selenium is another mineral that they often find deficient in cattle. Selenium deficiency can weaken a calves’ immune system making them more susceptible to respiratory disease, diarrhea and other diseases. Dr. Hall says that a lack of these important minerals does not directly cause sickness, but it is the negative effect on reproduction and the immune system that results in poor health and performance.

Mineral deficiency problems in the cow usually begin during the last trimester of pregnancy, when nutrient requirements are high and cows are typically fed low-quality forages. Inadequate mineral fortification in the winter supplement may also be a contributing factor. During this critical time, the cow transfers minerals, vitamins and other nutrients to the neonatal calf. Healthy calves need to be born with reserves of copper, selenium and zinc that are higher than those found in the cow. That’s because calves need those trace minerals to support their rapid growth rate during the first 60-90 days of life and because milk contains low levels of those trace minerals.

A mineral deficiency in the calf is most likely the result of low mineral intake in the cow or the interference of other minerals such as iron, or sulfur. According to Dr. Hall, correcting even mild deficiencies in the cow can improve reproductive performance, decreasing open cows by 2-4%. Correcting severe deficiencies can decrease the number of open cows by 5-15%.

Feeding a complete, balanced mineral supplement to the cowherd can not only increase conception rates, but it can also shorten the calving interval, improve forage digestion, help maintain body condition and enhance calf growth and weaning weights. Cows can then supply the calf the mineral nutrients they need to support a strong functioning immune system. The result is strong healthy calves at birth, faster growing calves, heavier weaning weights, improved response to vaccines and more pounds of salable beef.

Strategically supplementing a complete balanced mineral supplement to cows during the last trimester of pregnancy provides numerous health and performance benefits, but it can have a lifetime effect on the performance of the calf crop. A landmark research study conducted at Oregon State University in cooperation with the Oregon Beef Council and the Zinpo Corporation demonstrated that calves from cows fed trace minerals during the last trimester of pregnancy not only had higher weaning weights but also maintained that weight gain advantage throughout the feedlot phase (Table 1.).

Western Feed Mills offers a full lineup of cow/calf mineral supplements designed to meet the nutritional needs of any beef cattle breeding herd, under a variety of conditions.

Our minerals are formulated to compliment the nutrient content of forages commonly used in our region. Our exclusive trace mineral package is added to ensure that cattle receive the nutrition they need for optimum performance.

Our optional performance PLUS trace mineral package consists of complexed “organic” trace mineral sources of Cobalt, Copper, Manganese, and Zinc along with selenium yeast, which have been shown to improve reproductive efficiency, enhance immune response, improve hoof health, and support optimum calf health and performance. This option is available with most all cow mineral products.

For more information about our Western Feed Mills cow minerals, please check out our web page at;

Go to the “Products” section and look for “Cow Minerals”.