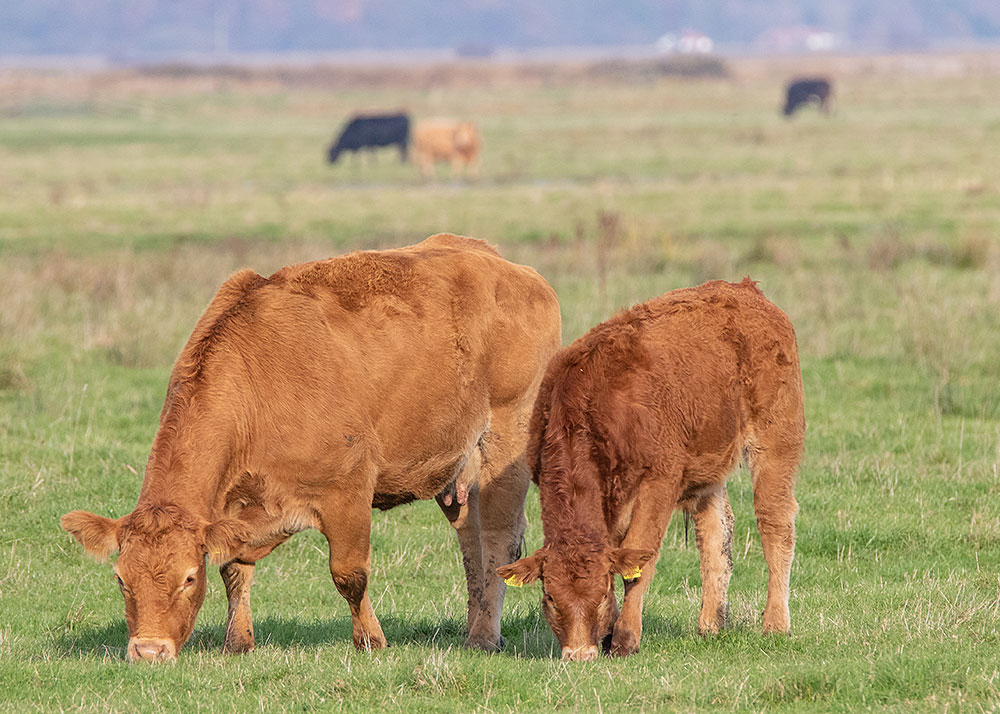 One of the keys to a successful and profitable beef cow operation is getting cows to breed early and maintain a shorter calving interval. In most cases, a cow isn’t profitable until she has given birth to at least four calves. For young cows, those that are having their first or second calves, including performance trace minerals as a part of beef cow nutrition can help them develop into more efficient and more profitable cows.

If cows are to maintain a 12-month calving interval with a gestation period of 285 days, that means that the calving season can be no longer than 80 days. A calving season would then be followed by a breeding season of 80 days, which is the only window of opportunity for the whole year. The goal of all herd management during the year is to have cows and heifers that are receptive to breeding during this 80-day period, which is why cows that calve early are the most fertile and profitable in the herd, while late calvers are the least fertile and profitable.

Feeding young cows performance trace minerals for cattle has been shown to increase pregnancy rates and decrease the calving interval, therefore, making them more profitable throughout their lifetime.

The most important thing for a beef cattle producer is to have cows that are calving on a calendar-year basis. Anything you can do to help her to breed back early in that breeding season is going to make her a more profitable and more efficient cow in terms of her lifetime production.

Feeding cows performance trace minerals early in their life is essential, as younger first and second calf cows undergo greater production stress than mature cows. The response to trace minerals during this time in their development is often more prominent.

How Performance Trace Minerals Play a Role in Cow Reproduction

Preparing a cow for the next breeding season is a common challenge beef cow producers face, along with maintaining energy intake in their cows. A cow’s body will utilize nutrients first for maintenance. Once she maintains her body weight, she starts utilizing nutrients towards reproduction.

Feeding performance trace minerals as part of a balanced diet can ensure that a cow has effective nutrients that contribute to profitable reproduction performance.

Reprinted with permission from Zinpro Corporation.

To learn more about Western Feed Mills, Inc. cattle minerals with our “PTM” Performance Trace Mineral package, and its effect on cow reproduction, contact your Western Feed Mills representative or look for Beef Cattle Cow Minerals in the Products section of this site.