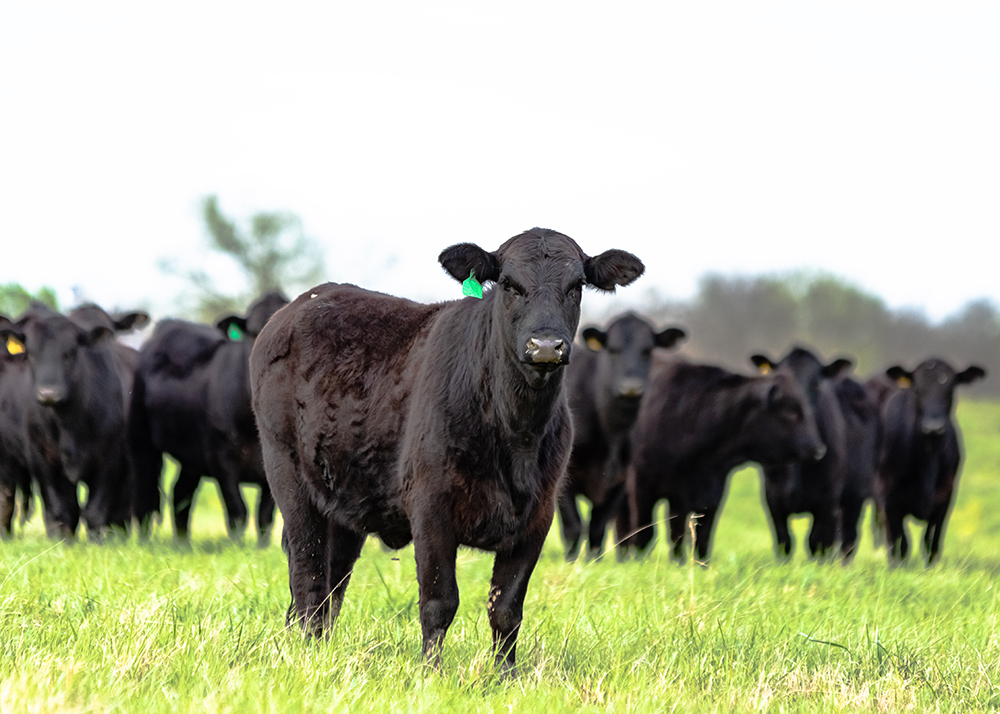 WHAT IS FOOT ROT?

Foot rot is a bacterial infection of the skin between the toes on hooves that causes pain and swelling. While similar to, and often accompanied by, digital dermatitis, foot rot differs from digital dermatitis in the type of bacteria that causes it and the mode in which it infects cattle. The bacteria that cause foot rot, fusobacterium necrophorum, comes from the digestive system, is excreted through manure, and therefore is constantly present in the cattle environment.

WHEN DOES IT OCCUR?

Foot rot can be prevalent during extremely dry conditions but it occurs even more often during extremely wet conditions. The occurrence of foot rot is dependent upon several factors including the presence of the right conditions for bacteria to invade, the particular animal, management practices, and finally, environmental factors. When cattle hooves are exposed to alternating high moisture and dry conditions the skin between the toes of the hoof can develop cracks which provide a pathway for bacteria to infect the animal with foot rot. Regardless of the time of year or weather, anything that can cause an abrasion on the will allow bacteria to enter through hoof cracks that may not be easily visible to the human eye.

Lameness, swelling of the hoof area, cracks or lesions between the toes, necrosis, fever, and reduced performance are all symptoms of foot rot. There are a number of other factors that can cause lameness in cattle that are not related to foot rot. Swelling above the hoof line and dew claws, and the presence of a foul odor is almost a sure sign of foot rot.

In addition to bovine respiratory disease, foot rot is a major health-related cost that producers experience with grazing cattle. The incidence of foot rot while on pasture varies but may affect 25% or more of the animals in the herd. Researchers at Kansas State University estimate that the cost of treatment could approximate $100 per foot rot episode when accounting for antibiotics, labor, and lost performance. In a 3-year grazing study at Kansas State University, steers affected with foot rot gained 0.46 pounds per day less than non-infected steers. Brood cows affected with foot rot may suffer from lower conception rates due to lameness and have reduced calf weaning weights due to poor milk production. If treatment is delayed, foot rot can become chronic with a poorer prognosis for recovery because deeper structures within the toe may become infected.

The use of injectable antibiotics has proven to be an effective means of treating cattle infected with foot rot. However, by the time the infected animal has been identified and treated, performance has already been compromised. Due to the time, labor, cost, and stress involved in treating infected cattle, many producers use sub-therapeutic levels of antibiotics in their mineral supplements to help minimize the impact of foot rot and pinkeye. A study at the KSU Beef Stocker Unit showed that adding Chlortetracycline to the pasture mineral of cow/calf pairs not only increased ADG in the calves, but it reduced the incidence of foot rot in both the cows and calves by over 65%.

It must be noted that there is no FDA-approved label claim for the use of Chlortetracycline in beef cattle to control foot rot or pink eye. Today, the use of certain antibiotics in animal feed must be done under the supervision of a licensed veterinarian.

Another management option is a commercial vaccine (Fusogard®) which has been approved for use in cattle to control foot rot and liver abscesses. A field trial in southwest Kansas demonstrated that calves receiving the vaccine at the initiation of the grazing season had a substantially lower incidence of foot rot (0.91% vs. 2.28%) compared to unvaccinated calves.

Western Feed Mills recommends that all cattle on pasture receive a complete, balanced mineral supplement in order to optimize health & performance. Deficiencies of certain minerals including copper or selenium can result in marked increases in the severity and incidence of foot rot. Iodine and zinc have been shown to help mitigate foot rot in pasture cattle. Therefore, it is important to consider all major and trace minerals when dealing with foot rot prevention and control.

The most common source of iodine for controlling foot rot is ethylenediamine dihydriodide (EDDI), commonly referred to as organic iodine. For foot rot prevention, 20-25 mg/head/day of EDDI is usually adequate and can be added to complete feeds, supplements, and salt-mineral mixes.

The FDA limits the use of EDDI to 50 mg per head daily as a nutritional supplement. That is equivalent to 40 mg of iodine per head daily. For a mineral with an expected intake of 0.25 pounds/head/day, the maximum amount of iodine in the mineral is 350 ppm.

Zinc is required for strong healthy hoof growth and maintenance of skin integrity. Several studies have demonstrated that supplementing an organic zinc source (zinc methionine) can reduce the incidence of foot rot in pasture cattle. In a 3-year study at Kansas State University (Table 1.) grazing steers fed a mineral containing added zinc methionine gained almost 0.10 pound/day more and had 55% (5.38 vs. 2.45%) less foot rot than steers fed a control mineral. Approximately 20% of the weight gain advantage was attributed to the control of foot rot, while the remaining fraction to a zinc deficiency.

It is better to prevent foot rot than to treat an outbreak. Providing a complete, balanced mineral from Western Feed Mills can help promote optimum health and performance in pasture cattle. Western Feed Mills offers several minerals in our HOOF AID line that feature the addition of both organic iodine (EDDI) and Zinc Methionine (Zinpro®). These minerals are also available with several medicated feed additives including Chlortetracycline.